Home Cover Story THE SECRET OF MY SUCCESS — Saden, exemplary story of... 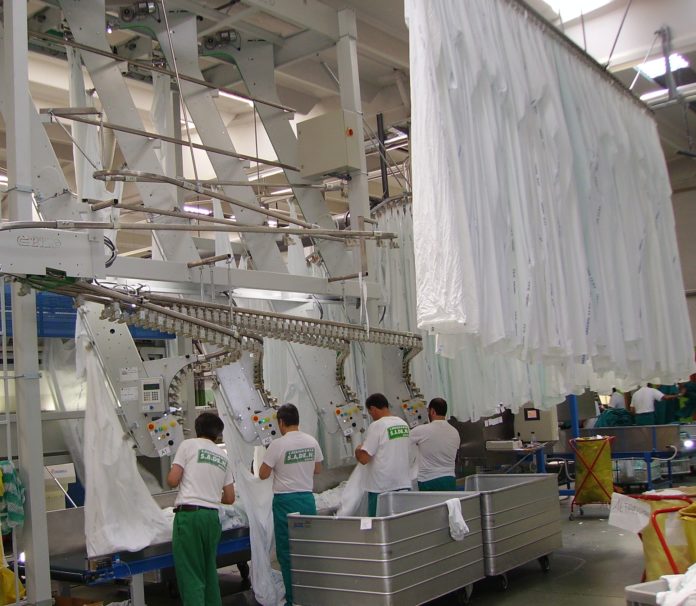 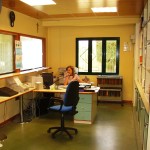 Until the beginning of the century this company in Rende processed laundry for all healthcare facilities in the Calabria region. Orders suddenly stopped coming in, forcing the owners to bring their top quality laundry service to a different clientele, primarily in the hospitality and food service sector. “But we won’t give up, and keep the hospital-grade sterilization plant in our facility ready at all times” 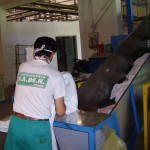 It is the same story that fills the laundry carts, takes shape on the ironing lines, and lies on the load floors of the trucks used by the company headquartered in Rende, a large municipality in the province of Consenza. A plant that every day delivers tons of clean laundry not only to hotels and restaurants, but also to facilities such as the “Terme Luigiane” natural spring water health spa in Guardia Piemontese, where the 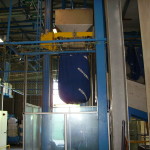 “Occitan” language of Waldensians that fled the north nine centuries ago and founded the city may still be heard.

Therefore, choose your words as carefully as we did while writing this story.  We discarded “beautiful”, because although beauty abounds in this story,  especially in terms of passion for the work upon which Saden was founded and still operates, there is no doubt that such beauty often had to coexist, and  most of all overcome adversities that were far from pleasant, including problems with contracts and tendering, public service authorities and fruitless reports. 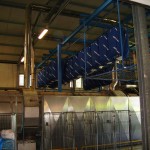 All typically Italian, if you really think about it; both the beauty and the problems. Hence we chose to use “exemplary”, a term which indisputably encompasses the good and bad times in the story of this laundry. Saden, the current name of the company, is an acronym that blends the surnames of its three owners: Gaetano Sorrentino, Luigi Aceto and Antonio De Napoli. The origin of the company itself traces back to only one of them, Mr. Luigi Aceto, born in 1938. He was not keen on aimlessly waiting for anything, considering that at age 14 he opened a bank account at a Banca 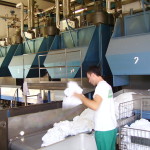 Nazionale del Lavoro branch. He sure needed it, as 1952 was also the year he started working at local gas stations. When the petroleum crisis hit in 1973, 35-year-old Luigi Aceto instead of losing heart started looking for new ways to make a living.

Ultimately he did find one…on the road. “Yes, one night while in Parma I took a walk and suddenly came upon a pile of laundry so huge it towered over the sidewalk” says one of Saden’s three owners. “Out of curiosity, I asked around and was told these sheets and pillow cases were used by a hospice and belonged to an industrial laundry”. “Having understood the concept – Luigi Aceto continues – I went home and came up with a survey, which revealed not even one industrial laundry currently existed in 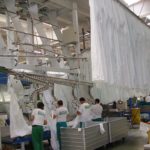 Cosenza, its province or in the entire region of Calabria”.

Perfect conditions to start working in this sector. Various initiatives and experiments thereafter led to Saden being established in 1985 by Aceto together with his two brothers-in law Gaetano Sorrentino and Antonio De Napoli. “It took a lot of work – recalls Mr. Luigi – especially to make people understand the need for this service, which was new to our territory. Practically we were closed for two years before we even started. Thank goodness, we finally got a call from Dr. Enrico Scarnati, who also happens to be Rai reporter Donatella’s father, asking if we could provide laundry services for the orthopedic clinic he directed in Cosenza”. 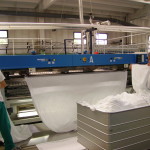 Since then instead of trickling in, business boomed and grew at a seemingly unstoppable rate. We received contracts, a 600 million Lire finance loan from Banca di Roma, and moved to another building equipped with five ironing lines as well as a sterilization plant. “Because – Luigi Aceto further explains – in the wake of that first contract we found ourselves being needed by all healthcare facilities in Calabria, which also trusted Saden to sterilize their operating room linens. We were on top of the world with hundreds of millions in sales per month, and ended up hiring 70 employees to keep up with all the work we had to manage, until…”. 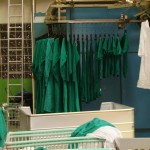 progressive decline that marked the history of his laundry from 2004 on. “Overnight and for no apparent reason – he says – healthcare disappeared from our business plans. Surely the political class governing the region changed, and we found that newly elected decision-makers did not speak our language, especially in terms of contracts and money”.

Aceto’s words particularly resonate in relation to the company employees, which from seventy dropped down to a dozen, who currently work no longer than half a shift per day. The situation is truly flabbergasting considering that Saden offers excellent services and continues to lead the hospitality and tourist laundry sectors, as proven by the fleet of trucks that pick up and deliver bed and table linens to hotels and restaurants every day. 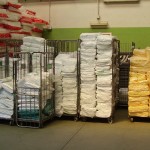 “We are still here, and we intend to fight for the Saden brand or even bring it to Sicily or Lucania if Calabria keeps on playing dumb with us – concludes Luigi Aceto – And our internal sterilization plant is always ready to work. Because we not only know our worth, but also how much we are known and appreciated elsewhere”.