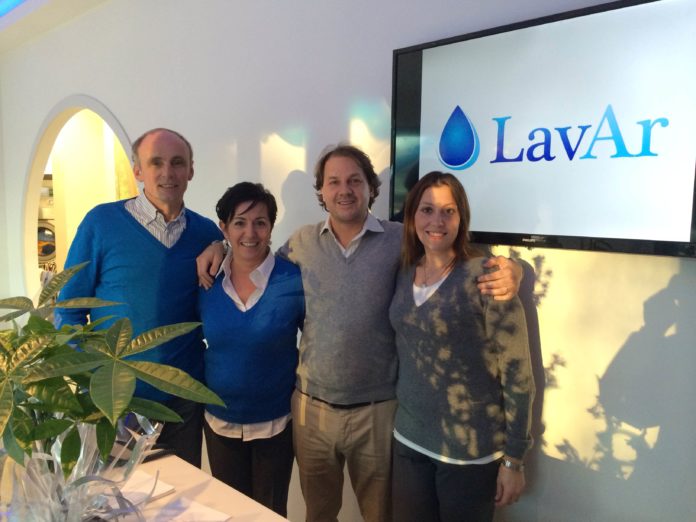 It only took a year for this new brand to make it big in Arezzo, propelled by the excellence of four laundries. This was made possible by a business concept that combines the know-how of traditional laundries with the extremely high quality standards achievable today by those who 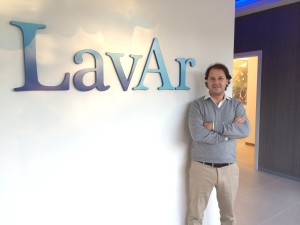 invest in the right washing and ironing machines.

Is it possible to start from zero and become a successful laundry entrepreneur within one year? Blitz through the stops by sheer know-how and courage to have not one, but four flourishing businesses within a few months with results that effectively combine traditional craftsmanship with mass-production standards into a single project?
The answer is yes, and the story of “LavAr” in Arezzo is all we need to prove it.
Needless to say certain prerequisites and acumen are needed, but those who think that money is the only thing they need to succeed 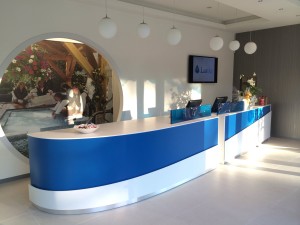 in business are dead wrong.
We bring you the “LavAr” story as further proof that ideas, not money, are the primary factor for overcoming a crisis. The story which takes place in the region of Tuscany, homeland of iconic “laundry traditions”, is far from unremarkable and although its end is yet to be written it is bound to be “happily ever after”. We cannot help but feel that in spite of its already brilliant results, this is only the beginning of a parable rich in perspectives and potential for development.
To highlight its chapters, we spoke with its primary inspiration and proprietor, Michele Catalani. “Until two years ago I never worked in the laundry business – says the young Tuscan entrepreneur – although I always had insights of the sector thanks to my family, which carved itself a leading role in the clothing industry of our beloved Tuscany, a land historically rich in ideas and trademarks”. 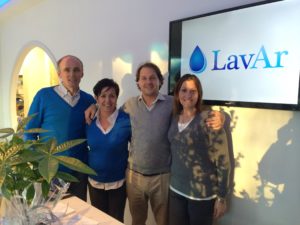 Thanks to the experience earned by working at his family’s factory, the young Michele Catalani intuitively understood that the word “clothing” had grown to encompass much more than it did a century ago. It means not only top-notch craftsmanship, but also a supply chain where laundries play a primary role. This perception became a reality two years ago. “It happened when I was asked whether or not I’d be interested to invest in a local company. Specifically, they asked me if I would consider investing in laundries and open a few new ones. Since I never tried this job, prior to opening them I contacted the Sorini sisters, who have been working in this sector for over 20 years, to see if they would collaborate with me”.
A bet made after careful consideration, says Catalani, which quickly yielded remarkable results, in just one year. 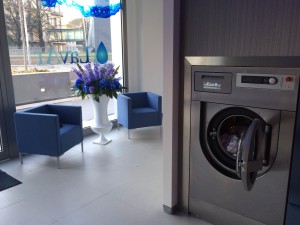 That is the span of time that elapsed since December 2013, when the LavAr laundry opened at the same time that the Sorini’s iconic shop was purchased. Thirteen months marked by two other important inaugurations: that of a second “LavAr” laundry downtown, and of the laundry successfully established in the Esselunga of Gignoro shopping center in Florence.
All of this proves that hardly more than one year is all it takes to make it big in the laundry sector. “But this result was achieved through very specific choices – Michele Catalani explains – starting with the use of high quality machines such as those by Miele, and form finishers by Trevil. Nonetheless, it has to be accompanied by a carefully defined image. For us at LavAr this is indispensable and a well-known fact by those who enter shops that are strikingly comfortable and clean, while unfailingly recalling and honoring as much as possible the legacy of those women who long ago walked down to the river with their baskets of laundry”.

LavAr also inherited those women’s priceless knack for efficiency. “This translates into high quality and quick turnaround times – explains Michele Catalani – these days, customers who walk in a laundry like ours rightfully expect to be happy with their choice”.

REPORTAGE – The “genetic mutation” of the management and logistic systems