Home Italian Talent THE SECRET OF MY SUCCESS Lavaigienico Sapio where everything comes out... 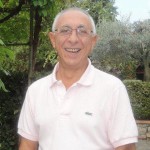 The story of a courageous businessman from Caserta who, almost half a century ago in a small town in Campania, was able to devise a shop that today is superpopular in online clicks thanks to a globally unique method of fabric restoration called Saritex

Lavaigienico Sapio.
Headquarters in Succivo with a view on the world.
Facebook pages and artisan wisdom of the ages.
Travel to France just to explore the new frontiers in leather cleaning and inventions in laundering procedures that, perfected 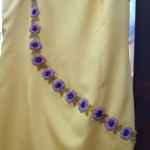 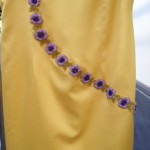 over time, rise to become patented processes and a copyright protected brand name: Saritex.
Longstanding customers, owners of prestigious law firms located in the center of Naples, and courier services that cover hundreds of kilometers to deliver jackets, coats, and formal wear right there, to that precious shop… into the hands of Mariano Sapio, born in 1946; profession, owner of a drycleaning shop.
Once the word “modernity” had lost its luster, shoved into the attic, along with a certain optimistic view of society, oriented toward deliverance with a happy ending, it is still possible to try to photograph something that could be defined as “contemporary”. In other words, a “here and now” in which the unmistakable traits of the bizarre times we live in are easily recognized, where boundaries firm until yesterday have become blurred, and where categories like city and province, large and small, industrial and artisan are no longer clearly demarcated, but rather tend to blend together giving rise to new forms of reality.
Which is why Lavaigienico Sapio, founded by Mariano Sapio 46 years ago in Succivo, a small town in Campania, in the province of Caserta, fits our needs much more than a signature boutique in the center of Milan or a boisterous trendsetting venue in Miami Beach. Because exactly here (where, on certain evenings, they still dance to the rhythm of the tammorra, a traditional tambourine typical of Caserta’s local folklore), the machines at Lavaigienico Sapio do not limit themselves to simply “launder” the jackets, coats, trousers and shirts entrusted to their care. More precisely, they deliver to the customer garments that are new every time, as if they had just come from the tailor’s shop or off the store shelf. 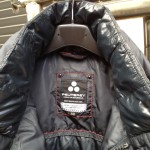 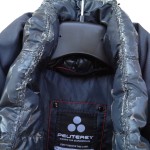 “Credit also belongs to a wealthy, sophisticated Neapolitan lawyer” explains Sapio. Recalling this personality leads him to tell the story of how his business got started: “It all began in 1968, when, having completed my military service, I decided not to go back to my previous jobs, like elevator attendant. A series of meaningful meetings and a certain kind of experience led me to purchase my first washing machine, a brush, some soap, and a lighter with which I carried out my first empirical tests on fabrics. So begins the story of what today is known as Lavaigienico Sapio”.
The time has come to clarify the role played by that well-known attorney. “A wealthy customer, prestigious, with law offices in the very heart of Naples – recalls Sapio – I noticed that he sent everything to me to be laundered except the beautiful jackets he wore, and one day I asked him why. And he replied that it is one thing to use trichloroethylene and perc to remove stains and impurities from a fine jacket, but something entirely different to ensure that it remains as lustrous and soft as it was the day it came from the tailor’s shop”.
Sapio took this as a challenge, to be won by studying which dosages and temperatures could be used not only to clean but to restore luxury garments like the Neapolitan attorney’s jackets. The first of countless challenges, that continue even today, “exporting” the superior results that go with the name Sapio to increasingly distant places. “The machines and the methods have changed – explains Sapio – but the spirit is still the same. Simply because the progress made by technology, making washing machines available to me that are ever more efficient and loaded with applications would be of little use if I did not continue to perfect the fabric restoration process begun almost half a century ago”.
A journey that, over the years, led to patenting/copyrighting the Saritex brand and process, a treatment that restores the fibers of fabrics that have deteriorated due to the action of soil, been clouded by smog, worn by excessive exposure to sunlight, or matted by humidity. With one single, basic, constant: focus each technological advancement and every new acquisition in the 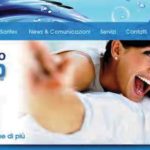 field on meeting the goal of superior service demands from customers far outside the boundaries of Campania. “The power of the Internet, Facebook and other resources of this kind, capably put to use by family members who work with me in the laundry” reveals Sapio, referring to a network that has brought widespread attention to his shop. With results visible daily: like the courier who just brought in a jacket from a client in the province of Ancona, or like the qualitative excellence achieved in leather cleaning, following a path that, in its day, led to famous trips to France in the quest to perfect them.
Amazing results documented by the photos anyone can admire on the Lavaigienico Sapio website. With headquarters in Succivo and a view on the world.