Home Italian Talent THE SECRET OF MY SUCCESS — La Suprema, beautiful as a... 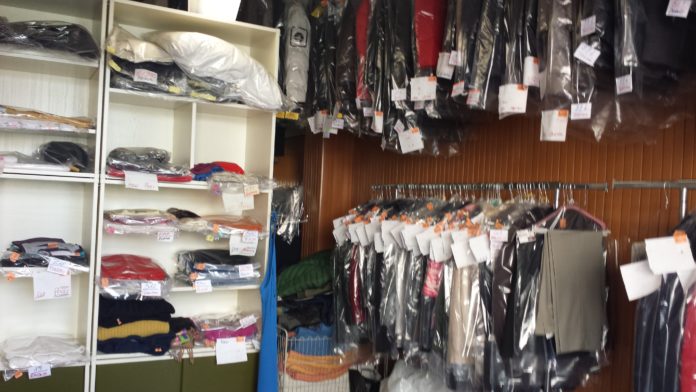 It was meant to be. This artisan laundry opened March 4th in Pontassieve, Tuscany, on the same day made famous as the song title of one of Lucio Dalla’s most moving ballads. It was 1957 when the Molinaris set out on their fabulous business venture. Now, its future is in the hands of their son Gianni 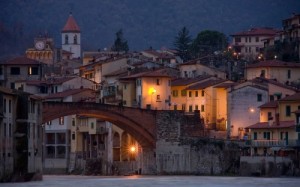 March 4th. A day that means something to us Italians..
Indeed, this date not only marks the birth, in Bologna, of one of our greatest singer-songwriters, Lucio Dalla, it also echoes the autobiographical title of one of his most-beloved and beautiful songs: “4 marzo 1943”, enlightened by lyrics like “And even now that I play cards and drink wine, for the people of the harbor my name is Baby Jesus”.
For the owner of an exquisitely Italian laundry (driven by ambition and the pleasure of human interaction) like Gianni Molinari, it is perfectly natural to point out that this family business, the La Suprema laundry, was ‘born’ exactly 14 years after Lucio Dalla, on March 4, 1957. Not in Bologna, but in Pontassieve, in the province of Florence, though the family’s origins do trace back to the same Emilia as Lucio Dalla’s. Different roots, steeped in a cultural and entrepreneurial environment that nurtured an artisan enterprise capable of taking its place among the local businesses of excellence. A goal achieved thanks to the quality of its work, the professionalism of its 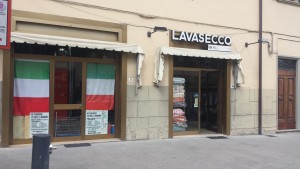 staff, and the ability to leverage the resources offered by top quality machines, but also thanks to its modest size that celebrates the underlying “small is beautiful” theme that defines the local economy.
But let’s come back to the ‘50s, when Severino Molinari and his wife, Anna Prandini, moved to Toscana da Cavezzo, a small village outside Modena (tragically, known for the catastrophic damage caused by the 2002 (2012?) earthquake). The reason they moved? A laundry — one of the more seductive siren calls of a land where, well before the Italian language was ‘rinsed’ in the waters of the Arno by Manzoni, the centuries-old art of laundering is much more than just a profession. 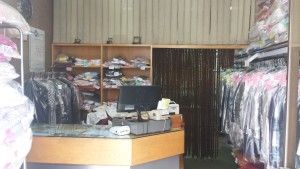 “One of my father’s cousins actually got into the business – explains Gianni Molinari, only child and family heir – by opening a laundry in Figline Valdarno. My father was so impressed by the volume of business her shop generated that he decided to try his hand at it as well. The choice of location fell upon Pontassieve, a village of 20,000 inhabitants in the Province of Florence”.
Here, on that fateful 4th of March, 1957, “La Suprema” opened its doors to the public and its pathway to success is today considered among the most expert and innovative in such a “noble” field. “Just think – reveals Molinari – that in the not-too-distant past, in this area alone, there were about 15 artisan laundries. Today, only six remain, which is still a good number, and proof that this profession is part of the local culture, so much so that it has found various ways to adapt to the market: from a traditional shop like ours, to the typical self-service inside a shopping center”. 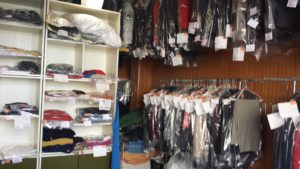 If La Suprema continues to enjoy a leadership role, even in the face of fierce competition, there are many different reasons why. Again, it is Gianni Molinari who sums it up: “When, after the death of my father, I took over the laundry, I had already learned some basic lessons. Not the least of which is the importance of always being a member of a trade association like CNA [National Confederation of Artisan businesses and SMEs]. My father joined a year after the business opened and today I am honored to be president of the laundry and drycleaning sector of CNA, in a region like Tuscany that is steeped in tradition”.
Participation as a player in the trade association has doubtless contributed to shaping the current identity of La Suprema. “It is impossible, actually, counterproductive, to try to compete with the price structure of self-service laundries in shopping centers – claims Molinari. – Here, the choice we made was exactly the opposite and consists in always guaranteeing that the customer’s items are treated with the utmost in artisan quality, with obvious consequences on the prices. Therefore, anyone who comes into “La Suprema” with a down comforter or a party dress knows their items will receive the best and most individualized care possible”.
This has been the winning philosophy at La Suprema for the last 58 years. The same credo that Anna Prandini herself, now 88 years old, shared with her husband Severino, and passed on intact to their son Gianni, who in turn continued the practice with his wife, Angelisa Favilli, still remembered by many as a formidable mistress of ironing. “Sadly – recounts the owner of La Suprema – she succumbed to a terminal illness when she was only 39 years old. So I took her amazing example to heart, focusing even more keenly on the quality of teamwork that defines the staff that works with me — four employees known universally for their dedication to service, cultivation of customer relations, and their ability to 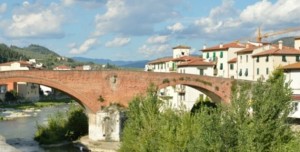 immediately recognize changes in the market. For example, the collapse of a once-flourishing sector like leather goods forced more than 700 workers to stay at home, and to reinvent themselves, at least in part, as housewives… who no longer automatically drop off their laundry at the shop as they race off to their factory jobs. Now they tend to stay and discuss prices and services with the staff, and ask questions we must always be able to answer accurately and truthfully”.
Brilliantly, the La Suprema story continues. One March 4th after another.