Home Cover Story SUCCESSFUL COMPANIES — Laundrex, in Dubai holds the key to the... 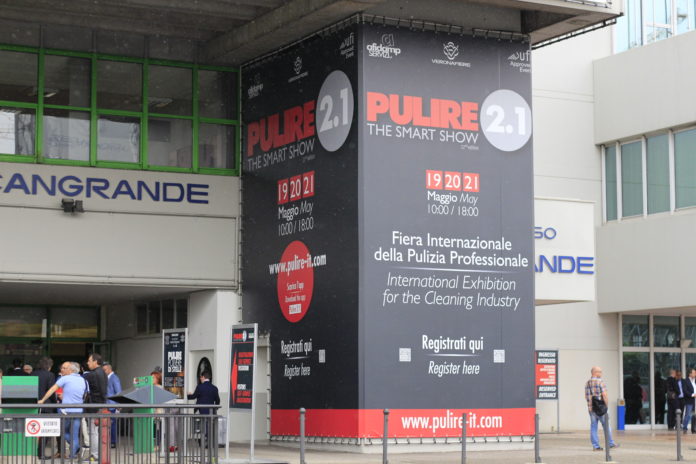 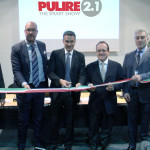 On the successful wake of “Pulire”, this November the Arab Emirates will be the stage for a new, very promising expo for professional cleaning and laundry market machinery manufacturers and service suppliers. A new format under the insignia of Afidamp, with Expodetergo International attending with an “Italian Plaza” with stands of leading Italian companies. 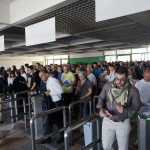 One is EXPOdetergo International, held in Milan, which set a new attendance record last October with 20,000 visitors and 250 exhibitors. 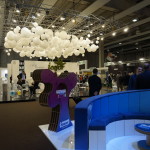 To these we should add a third one, yet to be held, Clean Middle East Pulire 2015. The expo will address the laundry market for the first time by way of the “Laundrex” project, to be featured in Dubai this November 2-4. “Laundrex” is part of an expo system brought to the market for the first time this year under the name of Middle East Cleaning Technology Week and, besides leading brands such as  CMEP and Gulf Car Wash, it will involve the entire “cleaning” supply chain. Theformat, co-organized by Afidamp Servizi, Clean Middle East, Clean India Journal and VIS includes a significant and important partnership with EXPOdetergo International, which will manage an Italian Plaza in Dubai populated by companies of excellence from our own Country. 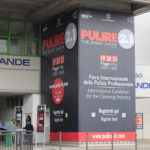 A true and proper bridgehead for Italian expansion in both sectors – laundry and cleaning – even solely based on the 60,000 new hotel rooms and infrastructural improvements currently planned in the extremely wealthy Arab Emirate to host the 2020 Expo and the 2022 FIFA World Cup.

All of it traces back to the same starting point: cleaning and washing. Different, yet complementary actions that often need to be combined. Speaking of which, how many times do you mop the floor at home while the laundry spins around in the washer? I’d say at least once a week. 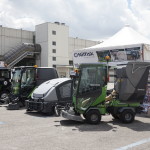 Moreover, you might also use the washer to clean the rag you mopped the floor with.  Companies who clean large public or private spaces refer to that rag as a “mop”. Imesa, a laundry machines manufacturer from Treviso,  strengthened its market presence thanks to the great success of Lim, a washer that cleans mops so well they look brand new.

It is not by chance that Imesa had a stand at Pulire 2015, and played a primary role in the success of the expo in Verona, which revolves around project Pulire 2.1, launched by Afidamp. The numbers detail an impressive growth in attendance, starting with over 15,000 visitors, of whom 74.6% from other European countries, 17.3% from Asia, 4.4% from the Americas, 2.1% from Africa and 1.6% from Oceania. The majority of foreign attendees came from Northern Europe  (36.2% of the total) and Eastern Europe (23.9%), primarily from Germany, Slovenia, Sweden, Switzerland, Spain, France, Belgium, Austria and Holland. With regard to extra-European Countries, a significant number of visitors came from the Middle-East and Arab Emirates in addition to Singapore and China, hence reconfirming the vast growth potential of those markets.  Overseas attendance was led by the United States, Argentina, Chile, Brazil and Mexico. 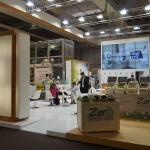 Of all Italian and foreign visitors who attended Pulire 2015, 40.7% represented distributors, dealers, resellers, importers and collective purchasing groups, 36.4% were from service companies and 16.5% from manufacturing companies. With regard to audience quality, the number of corporate directors, executive officers, sales and marketing managers from high-profile companies, suppliers, and institutions proved that the expo attracts qualified buyers and decision-makers. 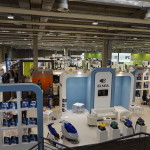 In terms of exhibitors, 77% of Italian companies at Pulire 2015 were from northern Italy, primarily from the region of Lombardy (63) followed by Veneto (34). We should note that Veneto remains in the lead production-wise, with the majority of manufacturers operating at the international level. International participation in the expo was consolidated by exhibitors from 16 Countries, and primarily Germany, Holland, Spain and France. The Arab Emirates were also present, further substantiating their lead as gateway to the Middle-East. 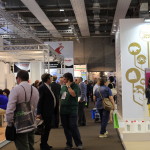 “We are delighted by the brilliant results of this year’s event. Results that reward Afidamp for all the months of hard work and care it put into it, and especially exhibitors who trusted us by investing in the Pulire 2.1 project at a time when seemingly everyone looked at budget cuts as the best way to face the crisis – states the C.E.O. of Afidamp Servizi, Toni D’Andrea – the lively buzz and excitement that filled the air in the pavilions indicate a renewed belief in the sector’s ability to grow and evolve in a positive way”.

“Presiding over the 22nd Pulire event was an honor for me – says Matteo Marino, president of AfidampFAB. – The ongoing presence of visitors in the aisles and the optimism that filled the air demonstrated that people are still willing to think about the future, the market, and new opportunities. We wish to thank all exhibitors who attended and hope they’ll join us again in 2017”.

Meanwhile, the next “hot dates” on the agenda are Hygienalia Pulire, to be staged in Madrid on October 27-29 and in Dubai on 2-4 November 2015. “Laundrex will be an amazing opportunity – Toni D’Andrea explains – as it is bound to open the doors for unprecedented synergies, partnerships, and new market segments for   professional cleaning and laundry sector operators. Besides, companies in both the industrial laundry and professional cleaning sector, like others, are increasingly tied to large, cooperative partnerships that service public and private entities. This holds true for catering as well as entities like hospitals, hotel chains and hospitality facilities, which almost exclusively rely on outside vendors to do their cleaning and laundry these days. A market reality we will see first-hand once we arrive in Dubai, where ten new hospitals and 270 new hotels are planned to be constructed”. 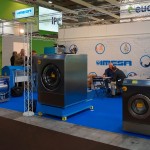 chain – confirms Luciano Miotto, president of EXPOdetergo International – and the numbers and success of an expo like Pulire are there to prove it. We should consider the professional cleaning sector as a primary example of the economic recovery currently being experienced in Italy. This sector represents a very lively market, significantly populated by small companies that employ an extremely high percentage of women, with great future potential. In this respect, the appointment in Dubai is of paramount importance for Italian companies”.

For us at Imesa – adds his brother Carlo Miotto, sales manager of Imesa – the “cleaning” sector is a fast growing niche market and Pulire is a truly international showcase which, among others, brought many Italian distributors to our stand. There were more people in the “cleaning” business, technicians and sales reps that deal with detergents, dose dispensers and pumps for liquid detergents on a daily basis and own machines that sweep and wash floors as well as an increasing number of laundry machines and dishwashers”.

“Laundrex – continues Carlo Miotto – is the first laundry trade expo to be held in Dubai since last year’s Detergo event. Hence we came up with the idea of forming an Italian group of similar companies capable of representing a competitive alternative to large groups, and attract new audiences that are enthusiastic about taking the “Italian laundry route”. 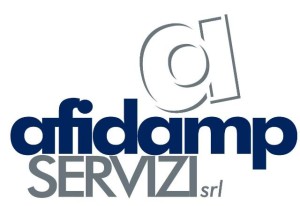