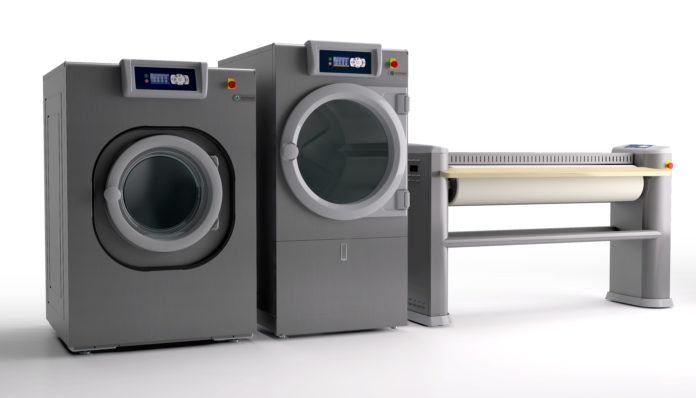 Like a “Symphony in G”, inspired by the ancient goddess Gea, it offers user-friendly machinery that can be adapted for any need, and disseminates the Belluno-based company’s brand worldwide

A “Symphony in G”, one could say. G as in Grandimpianti I.L.E. G as in the “Great” Visions that this Italian company designs and disseminates. G as in the Ali Group, which Grandimpianti is a part of: 73 brands, 8,000 employees in 24 countries, 53 factories. Yet G as in Gea, the name given by the ancient Greeks to the planet Earth, is perfect too. The mirror effect, inspired by one of the  most striking transformation of the “eye”, is the mark that the company from Belluno is firmly pointing its Future bar on. In one of the images launched by Grandimpianti, this eye becomes a creature constellated by trees, oceans, sails, skylines, animals, roads, factories, camping tents, sports facilities, jets, snow-capped peaks, reefs, industrial platforms. 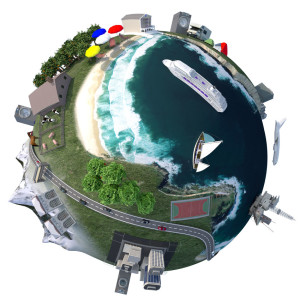 A Tomorrow that is not only possible, but perfectly visible, beyond the crisis that is still hanging over us. This same conviction has given a shape to laundry machines, that have been rightly placed among the symbols of this Future. Where the goal is to have an Environment that is cleaner, simpler, more natural, more human, more livable, and more undamaged. Gea thus becomes to key that can open the veritable stronghold of marvels that are currently contained in the Grandimpianti catalog.

Because the ability to evoke something that is ancient — but not lost because of this, just simply hidden away somewhere inside us — is the only reason for the prestigious “reddot design award” (also called “reddot”) awarded to the company in 2013.  This is a kind of Oscar award for industrial design, and is given each year in a very symbolic city, as is Essen, the iron and steel capital of Germany. “This award – said Peter Zetec, CEO of reddot – is a way of standing out from the vast array of products on the market, and not disappearing in the deluge of offerings that come from global competition”. Once again G as in Gea, which means Planet. Something more than a sphere rotating on itself. Planetary dissemination is actually what Grandimpianti is really aiming at. Something extensive and differentiated, without giving in to the most basic globalization. 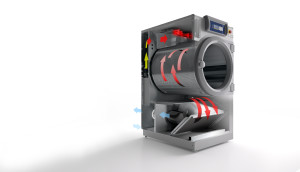 G therefore becomes Guido®, a control system that is based on the needs and demand of a potentially universal public. This has been made possible by a display that dispenses and groups the information according to the user. Further upstream, even the access parameters have been selected with the same user-friendly approach: you  simply move your finger using a jog dial to calibrate the machine to new demands and purposes. Using this “brain”, the Grandimpianti washing machine flaunts a “machine-body” that is just as efficient and functional: more spinning power because of quick water outflow from the tumbler, less drying time, a lower energy footprint for laundries, less waste using the patented dynamic DWS weighing system recognized in leading markets worldwide. Another important fact worth mentioning is that the dosage of the 4 powder detergents and 13 liquids is entrusted to Guido®. The extra something that Guido® has is that it manages detergent inflow directly, adjusting the quantity according to the washing load. It is widely known that detergents account for a large share of washing costs, and as such monitoring all the steps in detail is a formidable economic and operating advantage. Gea has also inspired Grandimpianti’s dryers in an excellent way. This can be seen in the drying method that does not make use of hot air but fabric-evaporated water. Simple, but by no means unoriginal. As well as the other innovations that go to make the company’s dryers particularly competitive: a outer drum that is well insulated with ceramic wool material bringing heat dispersion to almost zero, a straight hot air flow, probes to calibrate the drying process at any time. 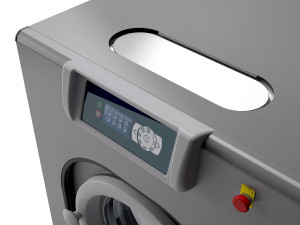 All these virtues, which are enhanced by Guido®, are encapsulated in an ergonomic, user-friendly use that lies behind the “Reddot” prize won in Germany. This approach can also be found in the ironing machinery by Grandimpianti I.L.E. which optimizes the use of extruded and anodized aluminum to obtain perfect long-lasting surfaces for ironing even at the highest temperatures.   The elegance and functionality of every Grandimpianti machine is maximized to ensure exports across the continents, and to cater to every possible user need. That’s what Gea likes. That’s right, a Symphony in G.   Grandimpianti I.L.E. Ali SpA Via Masiere, 211/C – 32037 Sospirolo (Belluno) Tel./Ph +39 0437848711 – Fax +39 0437879108 info@grandimpianti.com www.grandimpianti.com