Home Topnews REPORTAGE — Tell me what washing machine you have and... 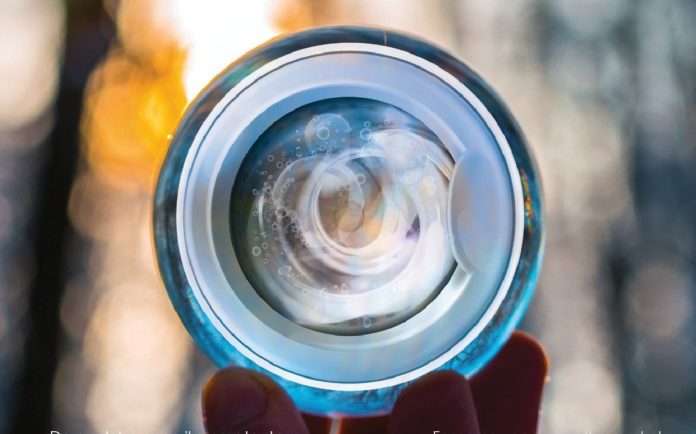 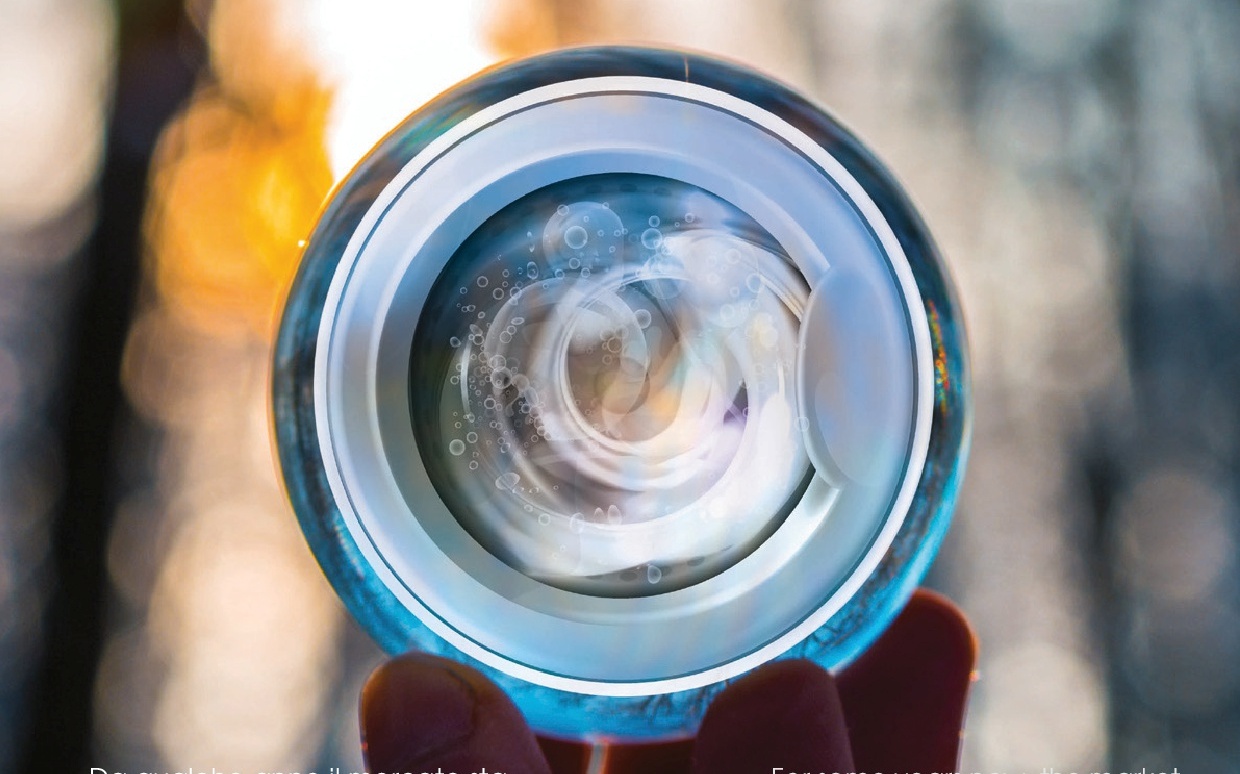 For some years now, the market has been witnessing a continuous multiplication of washing machine types that are more and more differentiated within the categories “dry” and “water”. Undoubtedly, this has had consequences on the choices businesses make in terms of their internal growth perspectives in a continuously changing sector where the key word is variability, and where the programming is less and less standardized and more “customized”. Still, comparing the present and the past, we can observe that it all has been written down like in a cards collection album

“Nothing more than a washing machine can reveal where a laundry is coming from and towards what future it is going, especially if it wants to remain in the market” starts Eugenio Boni, the Sales Director of Italclean based in Bologna area. Italclean, like all the companies taking part in this Reportage, produces laundry machines. Boni explains: “There is a lot, too much even, of confusion about all this, e.g. the difference between a general washing procedure with the use of water and the Wet Cleaning. In case of the latter, introduced as an alternative to dry-cleaning, water is the fundamental component, yet to be introduced in the context of rigorous procedures and technology where it is necessary to use a specific amount of detergents as if we were following a high cuisine, cooking recipe. It seems that not everyone understood that part”.

The words remind us about the complexity of laundries and dry-cleaners of today. Such complexity often makes us forget how, in their operative “core”, the spin dryers of millions of washing machines keep spinning: a big part of them are still perchloroethylene machines that follow the dry-cleaning method of the XX century. A growing number of dry-cleaning businesses, scattered but vital, however, is orientated towards various water washing systems that see the development of numerous washing products, so called “alternative”. We are right in the middle of such a powerful, dynamic and multiform process that we are risking not to seize the fact that washing machines have radically changed over the last years, which translates to the existence of a vast and articulated range of machines, rich in functions with a multiple choice of use.

Therefore, in 2019, washing machines essentially constitute and characterize the choices made by textile care sector businesses not only as far as technological update goes but also in terms of their expansion programs settings, their budget lines, the approach to the market that is undergoing a constant change, therefore inviting to act cautiously and flexibly, dose variably and of course, creatively.

“Washing machines have proven that today, the times of amateurs and improvisation are over as far as Italian laundries and dry-cleaners go – says Marco Niccolini, the Sales Director at Renzacci based in Città di Castello. – For decades, many would think that it was possible to start a textile care business using the same, domestic machines. Such thinking prevented businesses from acquiring the necessary know-how that only a machine manufacturer can provide. In the XXI century in full progress, such an approach is not possible anymore because everyone can see that in order to stay operative and solid in the market, laundry businesses need to be competitive in fields like energy saving or the professional Natural Cleaning that cannot be carried out by domestic washers. Consequently, the support by a manufacturer becomes essential. Suppliers are able to indicate the right solutions for a particular dimension of a laundry business and its growth prospects”. “We are talking about the performance capacity and management systems – concludes Niccolini – where washing machines acquire fundamental importance in the competitive potential they offer. Today, laundry businesses assist clients as far as wellbeing goes before the garments cleaning itself”.

“Nowadays, an added value of a professional washing machine is called versatility that can only depend on its easy use. It is exactly as if we were using a smartphone” explains Patrizia Terribile, the Managing Director at Grandimpianti Ali based in Sospirolo, Belluno province. She clarifies: “Versatility interlaces with accessibility, also remotely, of the product. The competences can be of various kind: from a base approach with the launch of a washing cycle to the know-how of those who need to program the machine according to some specific needs of the production. Everyone needs to be able to access the machine according to proper necessities and capacities, therefore we have provided up to six different levels of configurable users/interfaces. Obviously, in such a context, a washing machine needs to be absolutely flexible, and able to fully meet the requests for versatility and accessibility.

“Another differentiating factor in regard to modern washing machines – continues Patrizia Terribile – concerns their accessibility again. The machine recognizes the user through a password or a card, and it recognizes their access level. Accessibility does not only concern the use or the programming. The system of a washing machine, as a matter of fact, interacts with communities, big or small, of users. If a detergent specialist creates a new washing cycle, it can go public through our programing software. It can become available to all the machines connected through cloud and linked to their account”.

“Washing machines are the key to the future. If a laundry or dry-cleaning entrepreneur wants to be a part of it, they are obliged to notice this fact” argues with a provocatively useful touch to it Mirco Mongillo, the Sales Director at Firbimatic headquartered in Sala Bolognese. He continues: “The picture is in front of everybody’s eyes. On the one hand, what has become imperative in terms of sustainability has engaged all the excellent businesses to limit the environmental impact of perchloroethylene emissions. On the other hand, we have a choice of new solvents that often leads to global reconsiderations and projecting a laundry business, especially considering the effects these products have on textiles”. “They are not limited just to textile maintenance – explains Mongillo – but they operate in the direction of a complete regeneration by bringing back e.g. the softness and brilliance of the garment treated. The results are starting to be comprehensible not only to the laundry owners but also to textile companies, with a chain effect on the entire sector. Until a few years ago, men’s socks almost always stayed out of the dry-cleaning shops, while today, they are treated by laundries that use new, suitable solvents, and that promptly inform the users and textile companies about it”.

“There is one key word that well expresses where we stand as far as washing machines go” announces Francesco Ciaponi, the General Manager of Aga C.O.M. headquartered in Massa Carrara. “The word is customization – reveals Ciaponi – and it was practically unknown in Italy until about ten years ago. It is dominant today, also in the world of laundries. Customization means custom-tailoring, the adaptation of the product to a single need of a client. We can see it spread everywhere, including self service: take two competing coin ops situated half a kilometer away from each other. We can be sure that both will try to distinguish themselves by the way their washing machines are displayed so that to assure more accessibility to clients”.

“Talking about laundries, – Ciaponi concludes – it is interesting to observe how they differentiate also in conquering important market niches. Take, for instance, laundries situated at the sea-side summer towns. Every year, they compete for beach towels at various sea-side hospitality structures through a price war where energy saving washing machines, detergents and loading capacity come into play, among other factors”.

“There is competition among laundries. The challenge is to use the proper washing machines at best – adds Eugenio Boni, the Sales Director at Maestrelli headquartered near Bologna – where the approach to the machine, apart from the technological cognition, is based on the determinant know-how and the professional, daily experience deriving from direct and constant contact with clients”.

Let us conclude this Reportage with a written communication on “washing machines” by Imesa from Cessalto (Treviso). “The 2010s, that are slowly getting to an end – it reads – have been the years of tablets and smartphones whose sales have undergone a sharp and quick rear conditioning the customs and habits of each of us. Social networks revealed to be the most commonly used internet services and have become powerful means of transversal communication. All this could not be avoided by the world of laundries. Take washing machines. A washing machine is indispensable. It simplifies the life and work of millions of people. It has undergone multiple transformations over years not only as far as mechanics and functions go but, first of all, its use”.

“We can talk about drums, the speed of a tumble dryer, inox steel, the porthole and tens of other characteristics of washing machines that have undergone changes and improvements – Imesa’s communication goes on – yet, what counts the most is the elimination of the space/time distance between a company and a client. This is why, just like in an old cards collection album, while looking at the evolution of washing machines over years, from the smallest, 6 kg one to the biggest, 125 kg machine, we can actually seize the space for the upcoming future. Very soon”.