After the publication of the market research results and analysis on dry-cleaning businesses in Italy in Detergo’s April issue, this month’s Reportage talks about the second part of the research relative to industrial laundries. Both parts of the research, in relation to 2017, were carried out for Expo Detergo by Cerved, a research institute

Businesses operating in this field provide industrial or commercial clients with the following services: production, distribution, maintenance of personal and collective protection equipment, sanification and sterilization of textiles and medical devices for hospitals, nursing homes, private clinics, hotels, restaurants, industries and allied institutions.
Industrial laundries that mostly or exclusively provide finishing or washing services to textile industries and to leather and fur production sector, and dry-cleaning businesses have been excluded from this research.

SECTOR ANALYSIS
The number of active businesses in Italy, according to ATECO 96.01.1 code “Industrial laundry activity“, is slightly over a thousand, with the occupation standing at 14,239 units that mainly consists of workers and specialized technical staff. The sector is characterized by the offer structure that differs by dimension, legal status and localization. Many industrial laundries are local realities with low differentiation towards customers and a high level of homogeneity of services offered. The turnover relative to services carried out by industrial laundries in 2017 was 1,622 million euros (+2,7% comparing to 2016). The degree of sector concentration is medium: the first 4 groups represent 31,9% of the turnover with the first two holding 21,3% of the total. The first 8 reach 42,5%, which translates to an oligopolistic structure type as far as businesses concentration goes. The degree of businesses concentration mainly concerns the area of Health Care. In the segment of sterilization and surgery instrumentation, the first two businesses reach 75,1%. As far as the legal status goes, two thirds of the businesses are Ltd. companies while the regional distribution is rather evenly spread.
“The number of active industrial laundries in Italy is a little higher than 1000”.

THE TYPE OF OPERATORS
The sector includes categories of operators with some specific characteristics: few industrial and cooperative groups; some medium-large companies controlled by multinational corporations; many medium-small businesses; while the majority of businesses are represented by micro companies that work in the hotel and restaurant area.

SECTOR CONTEXT
In 2017, the turnover relative to services carried out by industrial laundries was 1,622 million euros which constituted a positive trend (+2,7% growth in comparison to the previous year) thanks to the improvement of the general economic panorama. The results of the three areas were positive even if different. The Health Care area in 2017 reached 765 million euros turnover (+0,8% comparing to 2016): the positive and rather steady trend of the last years was linked to the lower legislative pressure in terms of Spending Review activated for the Health Care sector. In the Health Care sector, linen rental segment takes it all as far as turnover goes, but also operating rooms instrumentation sterilization and linen sterilization showed a slight but steady rise. Hotels and Restaurants area maintained a positive trend throughout year 2017, similar to the previous years’, and reached the total turnover of 615 million euros (+4,2%). The growth was due to the positive trend in the tourist sector over the last years and to the general economic recovery. Institutions and Industries area reached 242 million euros (+4,8%) in 2017 due to the positive influence deriving from both greater attention to productive processes safety and the increase in the demand for workwear (by both large and small businesses): the sector keeps its status as a niche sector if compared to other countries where the figures appear to be more consistent. 90,7% of businesses provide linen rental: businesses invest in the purchase of linen in order to increase the added value of the services offered.

THE PROFITABILITY OF THE SECTOR
Year 2017 showed the decrease in the gross operative margin if compared to year 2016, which was due to the increase in purchases and labour costs. The weakest link was represented by the accounts receivable collection as the time of collecting credits has always been quite long especially for those working with public administration, which forces the companies to significantly expose themselves financially. 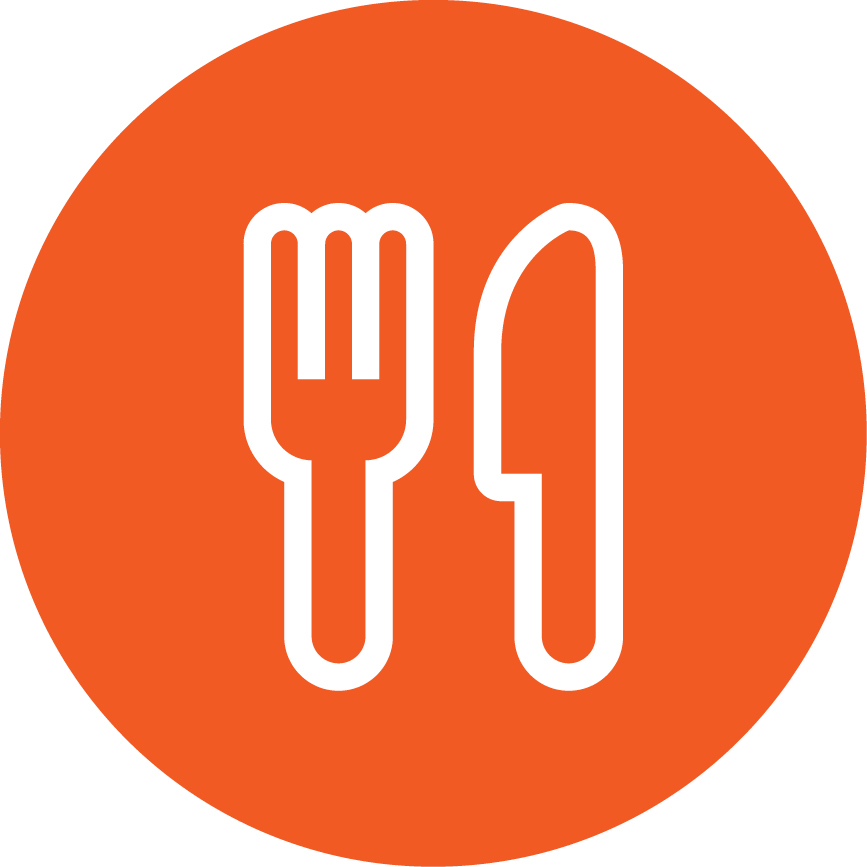 WHAT DO THE MAIN ECONOMIC PLAYERS SAY
The Sales Director at Zucchetti, automation division, Claudio Raffaelli makes his point on the research, “we are mainly present in the hospital market. A few years ago, we started working with the hotel and restaurant sector. The process that starts from the preparation of batches to their delivery by trucks is totally tracked and automated. We use the UHF technology (high frequency) that allows us to identify the content of each package and its exact collocation during the distribution stage. In 2019, we are strongly focusing on the growth of the hotel and restaurant sector which is showing the highest potential of growth; surely, the services offered to the Horeca sector are less standardized and more customized if compared to the Health Care sector. The perspective for the next years? We actually foresee that the Health Care sector will level off if not decrease slightly (except for sterilization) while the hotel and restaurant sector will consolidate. As it has been highlighted by the research, delayed payments have constituted the weakest link as far as public administration goes. On average, in Europe, the payment terms are 50 days while in Italy the time of payment is much longer, which penalizes the businesses significantly”.

Alessandro Rolli, the Managing Director at Kannegiesser Italia, one of the thirteen branches of Kannegiesser active internationally and a producer of industrial laundry technology says, “there is little liquidity in our sector, the payments by public administration are subjected to delays, especially we are talking about supplies. Actually, Italy has been warned by the EU about this several times already. Our market is very competitive, which obviously reduces the profit margins of the companies. Consequently, businesses are more and more oriented towards the development of automation processes. Also, digitalization has become more of a necessity rather than an opportunity. Our clients are constituted by private businesses that service both Health Care sector (about 40%) and HoReCa (about 60%). The latter one is hopefully a little more likely to grow in the future. However, we are still not able to trace any economic perspective for year 2019 right now (considering that 2018 was a very good year). It would be slightly premature. We are still working on orders received in 2018 with installations of machines for the upcoming summer season”.

Livio Bassan, the Managing Director at Christeyns Italia, a Belgian company that supplies laundries with products and services, claims, “ from the chemical sector point of view, business has narrowed over the last years not only because it follows the ups and downs of the tourist sector but also due to the concept of “short vacation” in progress today, that favors the replacement of table cloths with the basic and inelegant paper. Chemical market for industrial laundries in Italy struggles to reach a thirty-million euros turnover, therefore we are talking about a very tight market here. If we also think about the fact that the impact of a chemical product on the total costs of a laundry ranges from 2% to 3%, the scene becomes quite significant. If we consider that in the ‘80s, before the introduction of continuous batch washers, 35 liters of water were used to wash 1 kg of linen, today, thanks to the new technology and machines, the consumption of water has been reduced sharply (down to 2 and 3 liters). Consequently, the ratio of detergents use has declined as well. Given such a narrow and competitive market, one needs to become extremely innovative in order to prevail. Actually, we have launched detergents that are compatible with washing programs at very low temperatures. Apart from contributing to energy saving, they also prolong the life of fabrics. If industrial laundries want to be competitive and successful without failing on the market, they need to innovate and focus on quality. This is the only possible winning formula”.

Cosimo Corleone from Montanari based in Modena, a producer of automation systems for industrial laundries, reveals, “we take care of the communication setting between all the machines in a laundry, from the washing and drying stage to the ironing lines. We produce all the connection systems, from belt conveyors to packing systems, from sorting to linen selection and the remote management through software that monitors the entire linen movement in a laundry. The figures that are relevant to us and that have an influence on our productive levels are those referring to the tourist sector. A particularly indicative example concerns the number of passengers coming to Italy by planes. The figure is actually growing which indicates that the increasing number of tourists flying in translates to the necessity of accelerating the washing procedures for laundries by focusing on the development of automation systems, which at the same time contributes to their becoming more competitive on the market. Another important figure talks about the time a person spends at a hotel. It is progressively decreasing, therefore laundries will need to work more which is visible through a general growth of the sector. We supply laundries that are mainly present in the tourist sector but we also work with Health Care and workwear field. To us, year 2019, has been quite good so far. It is due to two main factors, from the one hand, EXPOdetergo International 2018 exhibition contributed to the creation of an excellent contact network thanks to which our orders are increasing. Secondly, the incentives set forth by the recent budgetary policy allowed for investments in automation and technological innovation of productive processes”.

Marco Sancassani, in charge of Marketing at Ecolab Italia, equipment division, a supplier of products and services for laundries says, “the trend that we can observe here shows a more mature market characterized by the strong presence of artisan work and family-run businesses. The process will eventually lead the laundries towards a more and more managerial approach which we have already noticed, e.g. the improvement in credit payment days (private businesses). As far as 2018 goes, we registered a significant growth (while over the first months of 2019, there has been a slight decline) thanks to the acquisition of new clients and, in particular, due to some innovative products we had launched onto the market. The growth concerned the hospitality sector while the Health Care sector tuned out to be rather stagnant. Some interesting signs came from workwear sector even if it is still at its early stages here in Italy.”

The full version of the research results on dry-cleaning
businesses and industrial laundries in Italy can
be purchased from Expo Detergo Srl.
Contact +39 02 39314120 expo@expodetergo.com for more information

REPORTAGE –Workwear and industrial laundry, a market with great potential

MARKETING&CUSTOMER — Judge a book by its cover, the importance of work uniforms