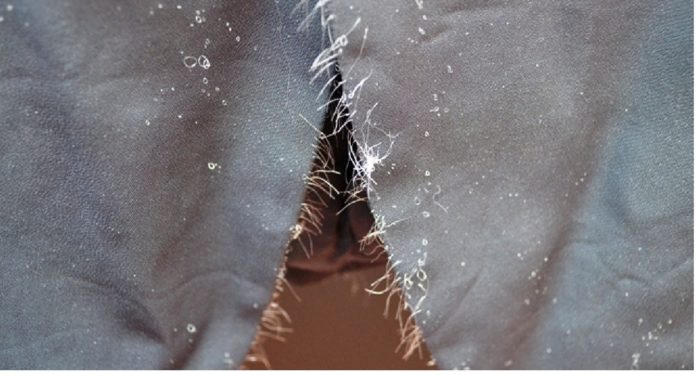 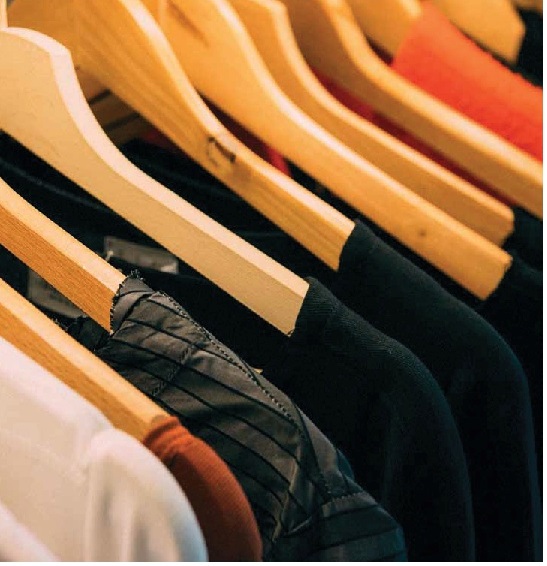 Our Lab has recently been presented with a particularly interesting case in regard to a defected garment. We could examine it in depth from the technical point of view and identified a possible origin of the defect. The garment was a piece of outerwear made of elastic viscose that showed an evident defect: numerous elastomeric fibers were coming out, especially in the area of seams.

Gathering the information on the case, the lab was informed that the garment had undergone a dry-cleaning treatment cycle with the use of perchloroethylene in coherence with the care tag attached to the garment. The problem appeared after the dry-cleaning washing cycle.

The lab realised two different fabric samples, before cleaning them, using the same fabric that the garment was made of. Then, some seams were made on both, similar to those present on the original garment. In order to verify what had caused the defect, the samples were then washed and dried: one of them was perchloroethylene dry-cleaned one time, the other one was washed in water for five times and air dried. The washing procedures carried out resulted in the appearance of the problem only in case of the dry-cleaned sample.

Image 3 shows the elastomer clearly sticking out in the areas where the fabric has been cut and sewn.The conclusions reached reveal that the problem did not occur due to the dry-cleaning of the garment. Instead, the fact that the elastomer was not properly heat-set during the production stage of the garment constitutes the real cause of the defect.Not sufficient heat stabilization (heat setting) of the fabric leads to the shrinkage of elastomer during the drying and perchloroethylene extraction stage.

Considering the tests results, it is possible to state that the problem would have been avoided if the care tag on that garment indicated 30°C washing procedure in water and air dry.
Once again, a correct care tag would have made a difference!