Home Events EVENTS – Triumph of textiles on the table at Host the final... 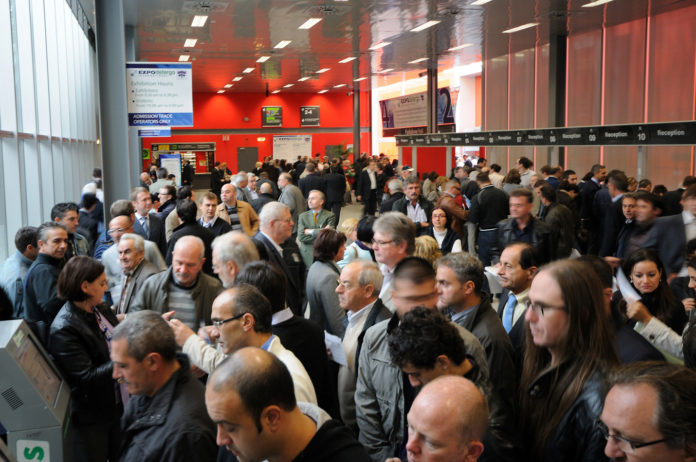 Convention in Bologna on “Environment, Technology and Quality Proposal for the Future” by Assofornitori and EXPOdetergo, which provided an opportunity to present an important media event in Milan, in the lead up to the industry’s premier exhibition next year 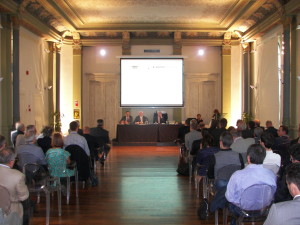 Tablecloths were showcased to celebrate a global Made in Italy that is all about food and textiles. This means not just tunnel washers, but centuries-old trees too. With machines that are becoming more targeted and intelligent. With detergents that are becoming more ecological and user-friendly. Surrounded by relations that are increasing and becoming more innovative and an “outside” that is considered to be common property, not just a market. This having been said, one year from now EXPOdetergo 2014 in Milan will be one big, peaceful revolution in the history of the entire industrial sector. And in this month of October, Host 2013 in Milan will be a fundamental step on the way to achieving this goal with the “Can you tell the difference?” cultural initiative launched by Assofornitori. At the I Portici hotel in Bologna, during the “Environment, Technology and Quality. Proposal for the Future” convention organized by Assofornitori on 28 September in the lead up to the very important appointment, one could clearly perceive how the history of laundries — meaning the industrial sector — has reached a turning point. A global change that should be taken into account by anyone who is looking to occupy a leading position in this complex yet very vital market. When the meeting was presented by Assofornitori President Claudio Montanari, he communicated a very new aspect to an audience which, in terms of the words that were spoken and the pictures shown, did not find itself in front of the usual pictures about the laundry-system i.e. factories, machinery, products and services. On the screen instead was a marvelous wood in the Apennine alps in Emilia. Where you can find a centuries-old chestnut tree that was adopted by our magazine to portray (see the September cover) a Made in Italy that has finally become global: Nature and not just food menus, scenery and not just wine lists. 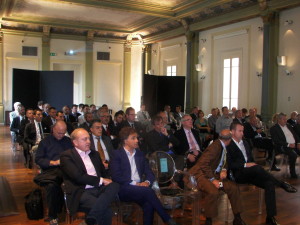 With its 1,000 certified years of history, this monumental chestnut tree in Montombraro is a living “inhabitant”. It encapsulates a host of values of a natural and cultural ecosystem that is currently considered to be a must-have in order to guarantee a future to upcoming generations. In line with this, we are about to take the next steps that will lead us to some fundamental events: while the most important from an institutional viewpoint remains by far EXPOdetergo – in Milan from 3 to 6 October 2014 — in the immediate future importance should be given to an event that will take us closer to that date such as Host, the hospitality exhibition in Milan on 18-22 October this year. The president of EXPOdetergo International, Luciano Miotto, spoke about this in detail, livening up a discussion with numerous ideas and implications for the three themes of the convention: Environment, Technology, Quality. The three aspects of a sole, imaginable future, where the inhabitants of the Earth can continue to enjoy the benefits of an eco-friendly technology with the highest quality functionality, ergonomics and lifespan. An important final test will be “Can you tell the difference?”, a lunch offered by Assofornitori in a stand fitted out with EXPOdetergo at Host, the Milanese reception and hospitality exhibition, slated for 18-22 October. This will be a lunch for invited guests on 21 October at 1.00 pm with an exquisitely seasonal menu prepared by chef Michele Mauri, from La Piazzetta di Origgio restaurant in Varese. The courses will be adorned with tablecloths provided by a number 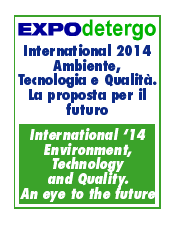 of leading Assofornitori companies. The message is “good food” meaning a complete experience where the excellence of the dishes and beverages necessarily goes hand in hand with the same quality in the service that is offered by using the finest, and reusable, Made in Italy textiles. So there is no way that you cannot “tell the difference” as the title of the event evokes. The same philosophy will lie behind the aperitifs offered at the Host stand on 19 and 20 October at noon and the happy hours set up at 4.30 pm on 18, 19, 20 and 21 October. The success of “Can you tell the difference?” should definitely have a media and cultural knock-on effect for EXPOdetergo, the large-scale international showcase of laundry and dry cleaning products in Milan on 3-6 October 2014. This concept was underlined by EXPOdetergo President Luciano Miotto, who aims to highlight increasingly more clearly and successfully how the entire Milanese exhibition” stands apart” on the world scene. According to Miotto the direction to follow is to open the exhibition as 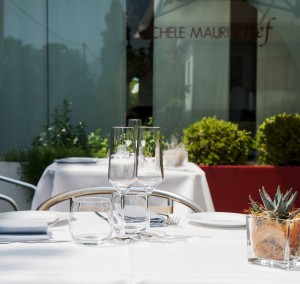 much as possible, by moving toward synergies with other international exhibitions of related sectors (the cleaning business for example), exporting all or part of it overseas (as did the German exhibition Texcare in China), investigating any cross-fertilization that can generate developments in terms of expansion, profits and new investments. The hoped-for moral of this fairy tale is, as was pointed out at the Bologna convention, and even in the closing speech by Marco Mallegni, sales manager at Ilsa: a detailed and stimulating roundup of new market frontiers in the “dry” sector in terms of technological developments, environmental culture and, once again, energy savings. The appointment is in 2014 for a new, must-have convention that Assofornitori plans to organize on the eve of EXPOdetergo. 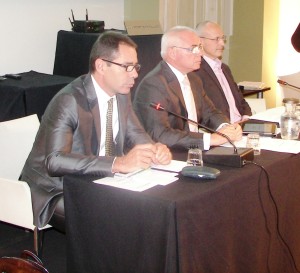