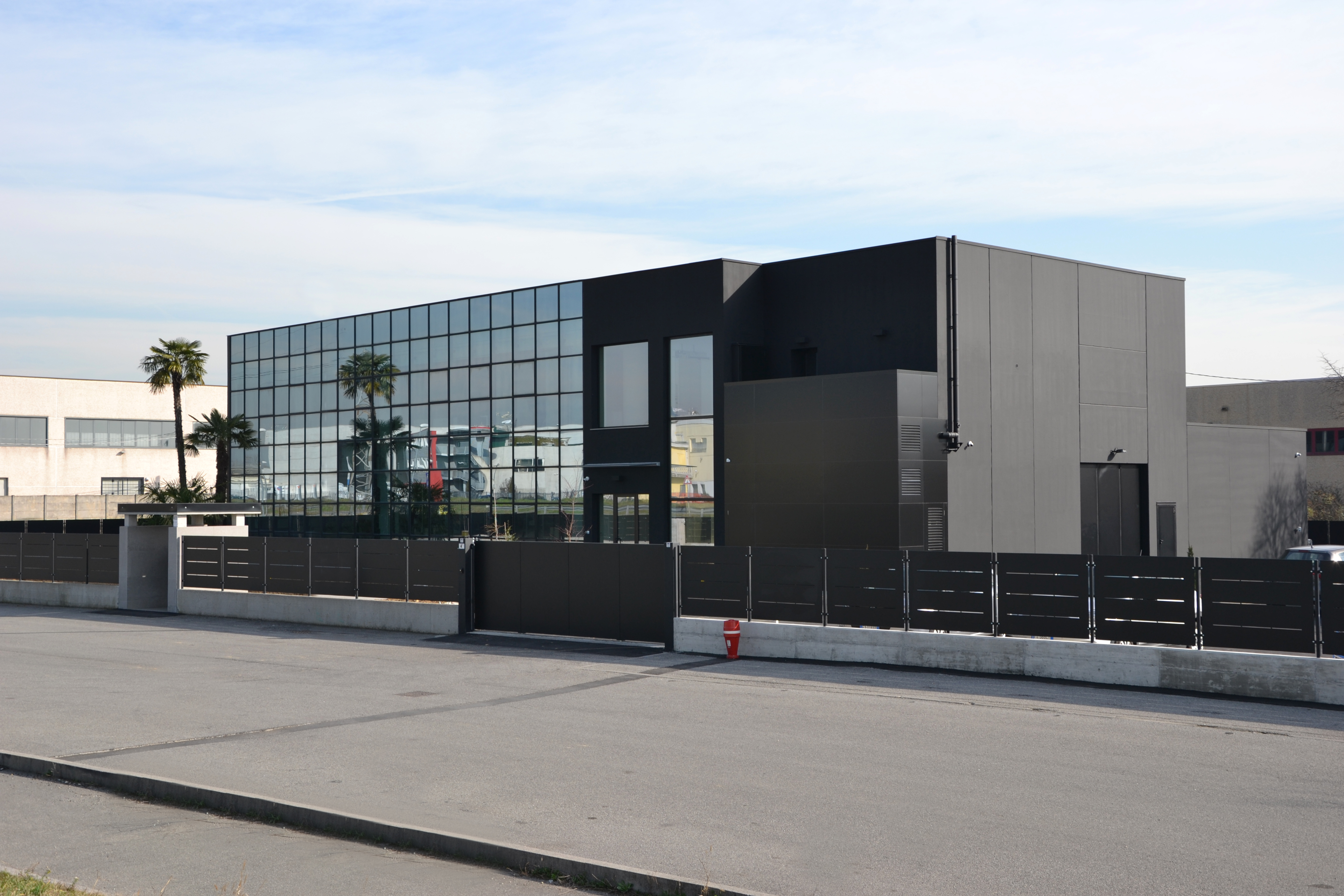 A13 was founded in 1984, the year that evokes the title of one of the most famous and appreciated books by George Orwell that formed entire generations. The year also symbolizes the double-digit richness of our country at that time. An idea turned into business, with the ownership of its copyright belonging to Giuseppe Conti, the current owner of A13, and Benito Meneghin, Conti’s former business partner. The two roles covered different responsibilities at first as Conti was in charge of International Sales while Meneghin managed the commercial development in Italy. The alliance eventually led to the creation of a successful brand concept, A13. 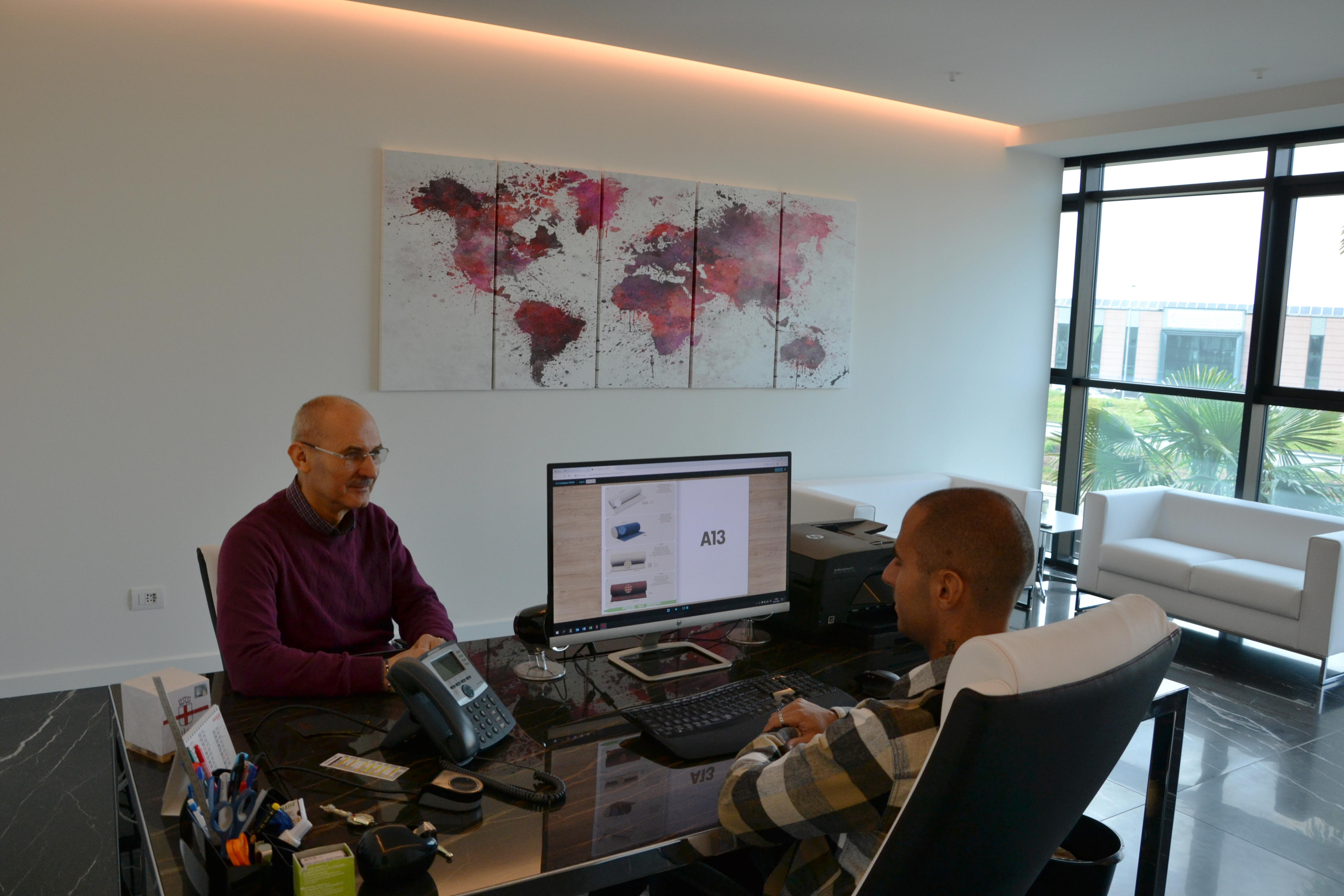 A13, a productive and commercial business route between Bologna and Padova, also deriving from the highway that connects the two cities. Here comes the first idea: to develop spare parts market for dry-cleaning and ironing globally. Later on however, “we realized that the dry-cleaning market actually needed ready-to-use covers and padding as until then, no company had been offering them as separate goods, something that would not necessarily go together with the purchase of a machine”, explains Giuseppe Conti, the owner of the company. “At the start, the perimeter of our market that we considered, was modelled on the necessities expressed by laundries exclusively. Soon enough though, we managed to create preferential business relations with large producers of dry-cleaning
machines and ironing equipment directly”.
From paper templates to the CAD process of goods coding, here starts the productive process of A13. Today, the figures look important: 6.000 articles are exposed in the catalogue while there are more than 10.000 articles stored in the warehouse. 13.000 articles are produced following the incoming orders from machines manufacturers.

“A13 new headquarters
was opened in Pontirolo (BG)
in January 2020″

The company’s new headquarters opened a few months ago in Pontirolo near Bergamo. It is composed of administrative, commercial and management offices, and a 1.000 sq. m. warehouse. The selection of articles is extremely various and the goods at the disposal of the clients range from large dimension items to micro spare parts. The latter ones are easily traceable, thanks to modern IT systems that indicate their position e.g. in one of the small drawers in the warehouse. 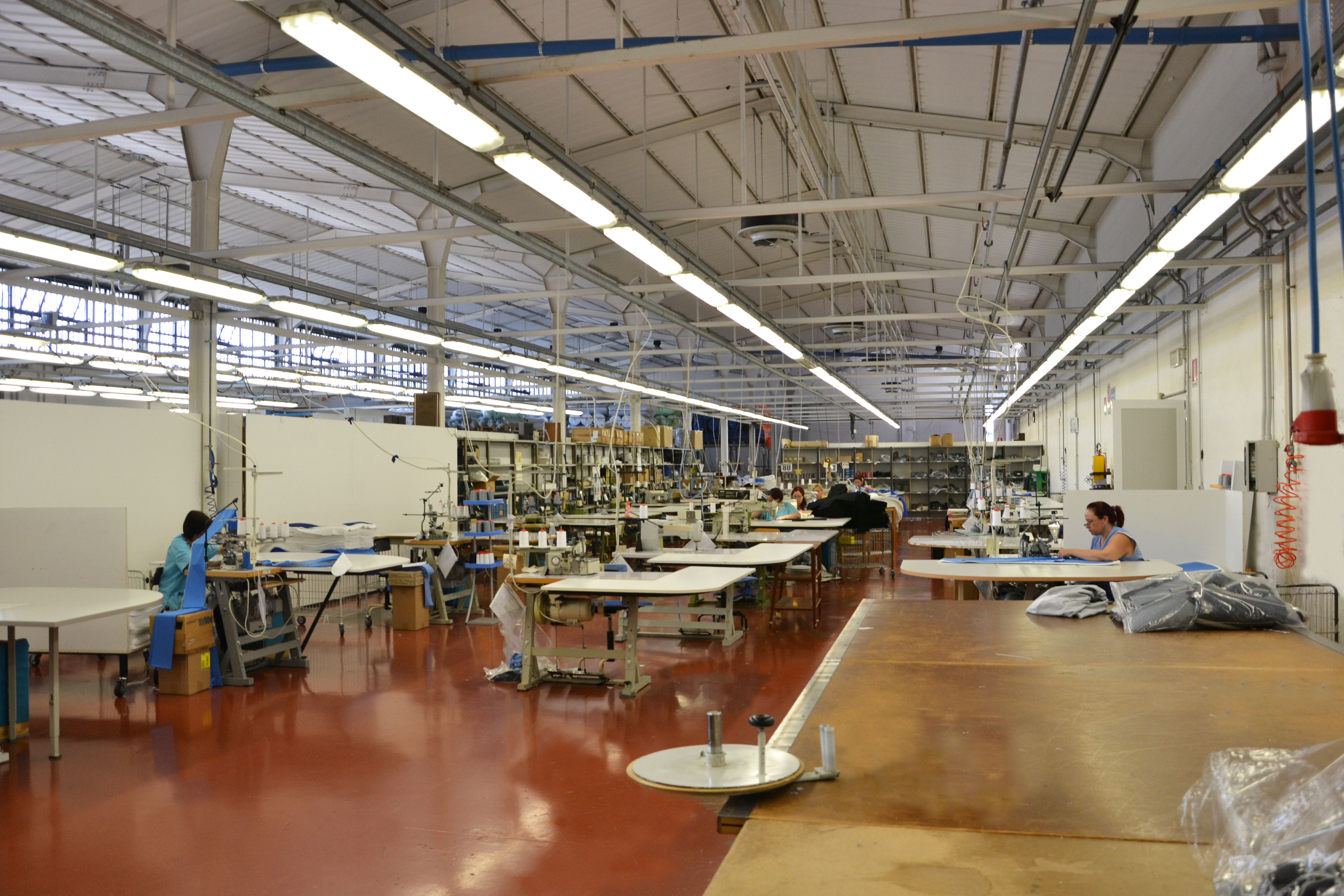 In Legnaro near Padova instead, we can see the production core of the business that often translates to just in time production, a Made in Italy production process whose common thread is not only the quality of labour but also the quality of fabrics the business proposes. The range of raw materials starts from natural fibers (cotton, wool, linen) and includes polyester, mixed polyester, carbon fibers, nomex, kevlar and many other aramids and pararamids. The latter ones present technical characteristics such as: strong fibers with great resistance to high temperatures and to wearing and tearing. Aramids and polyesters allow for an optimal permeability of steam and air, and they are also waterproof.
The commercial branch of the business in Portirolo is extended in Bologna. What we are looking at is an industrial triangle between Bergamo, Bologna and Padova. A13 is undoubtedly contributing to the writing of an updated economic geography page. The newly traced industrial triangle reflects the productive area represented by Milan and Bergamo with Veneto standing for small and medium businesses, while the Emilia region corresponds to small international businesses and districts. 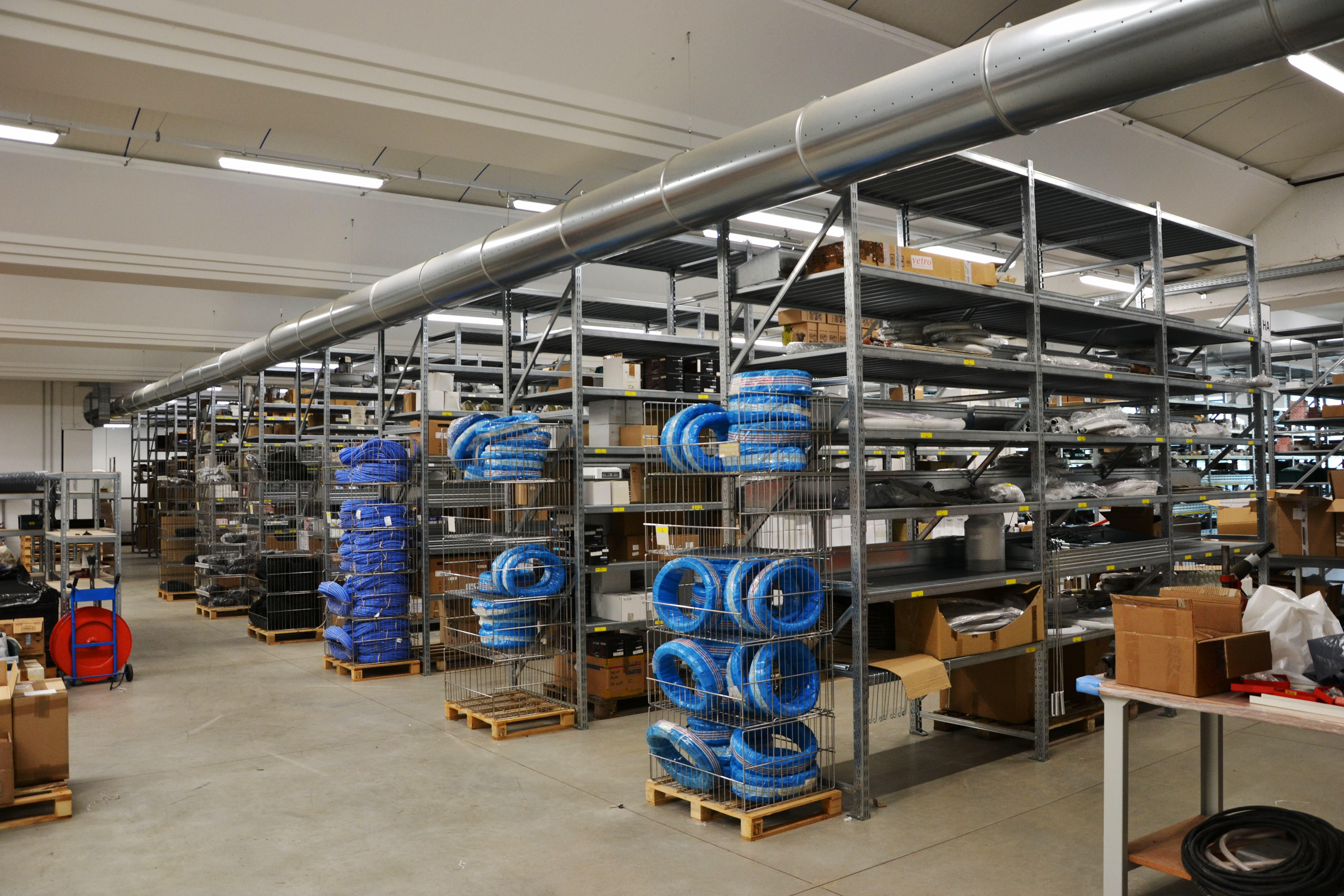 Besides, after the economic boom and until the 1970’s, when the “industrial triangle” of large companies was positioned between Genova, with its state-owned steel industries and construction sites, the city of Torino with Fiat, and Milan, a city of hard-working “big entrepreneurial families”, the current economic dynamics have spotlighted hi-tech services, knowledge economy and the competitive manufacturing instead. All that in the sign of “Industry 4.0”, export and the excellence of the second-best European manufacturing country. In the light of all this, the economists speak about the “A4 Region” referring to the territories positioned along the highway that runs from Piemonte, passes through Milan and continues towards Veneto until it reaches Emilia.

“A13, a company
present all over the world”

Today, the “new industrial triangle” translates to 324 billion GDP (higher than that of Denmark), a manufacturing asset of 53 billion (more than that of Belgium) and the fact that it makes part of the strongest manufacturing heart of Europe. The economic area is
not only densely populated by companies linked one with another by production chains and extremely innovative production platforms but also by universities, research centers, modern logistics and service structures. 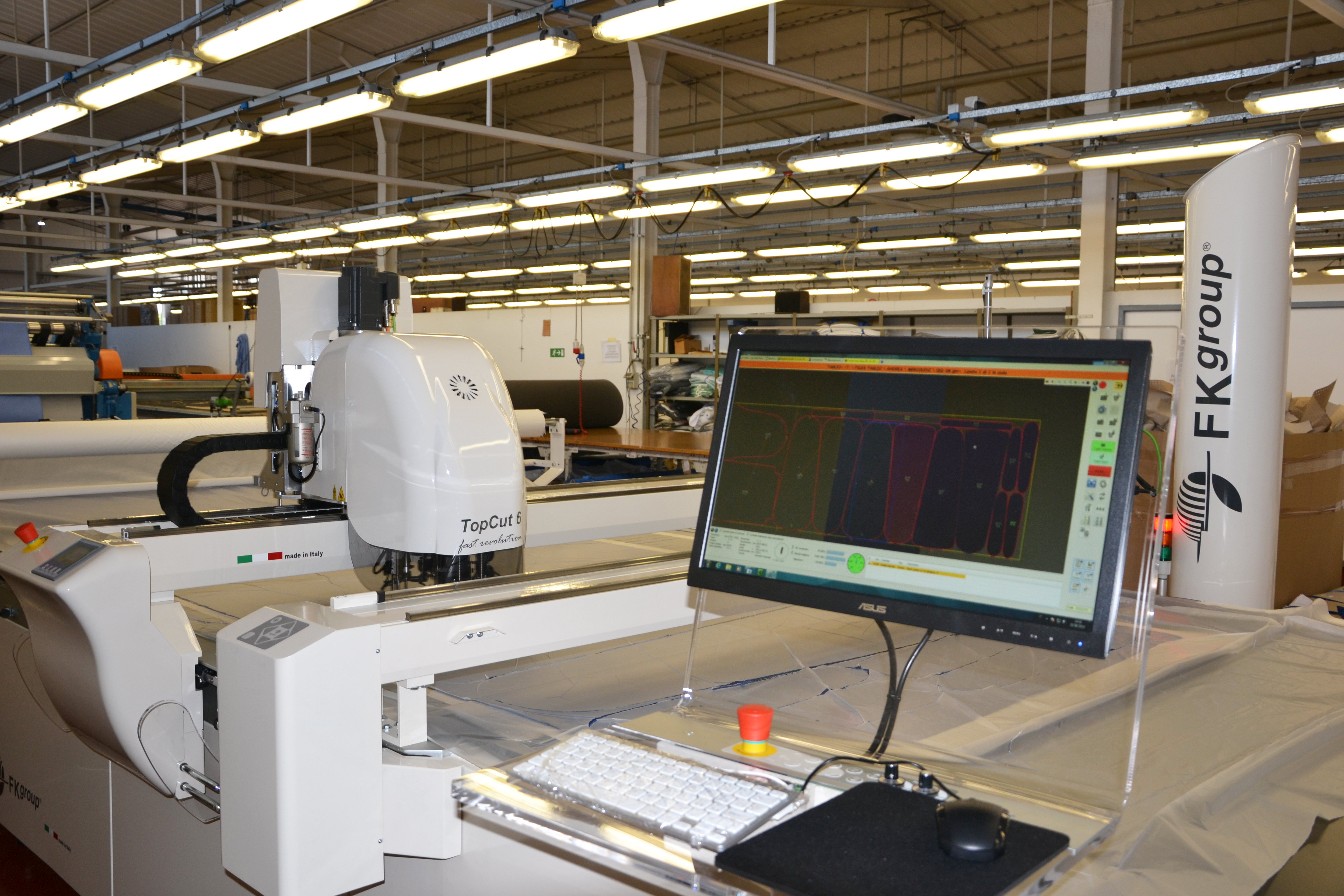 A13 takes 5.500 sq. m. if we sum up all the three A13 centers. “50% of our production is addressed to machines manufacturers, while the remaining 50% is commercialized in Italy and abroad through a significantly high number of distributors. Our products are Made in Italy exclusively”, Conti underlines. “European markets are among the most interesting and receptive markets as far as our products go, however the demand coming from South America has also been quite significant just like the interest expressed by the Maghreb and Arab countries. Over the last months, we have also received numerous requests for spare parts for ironing machines from Central Africa, in particular from Cameroon and Nigeria as the most active countries. Also, the Eastern European countries are presenting rather good growth perspectives.
Our Achilles’ heel is the difficulty in developing the business in the United States. However, we have been trying to consolidate it there, too, offering padding, covers, insulation, boilers isolation material as well as ironing isolation material for all the models and sizes.”
“We are sometimes asked to provide spare parts for machine models that have been out of production for thirty years and we always do our best to satisfy our clients even in case of such requests”, reveals Stefano Conti, the General Manager of the company. He adds, “there are padding and cover models that need artisan approach as these articles are 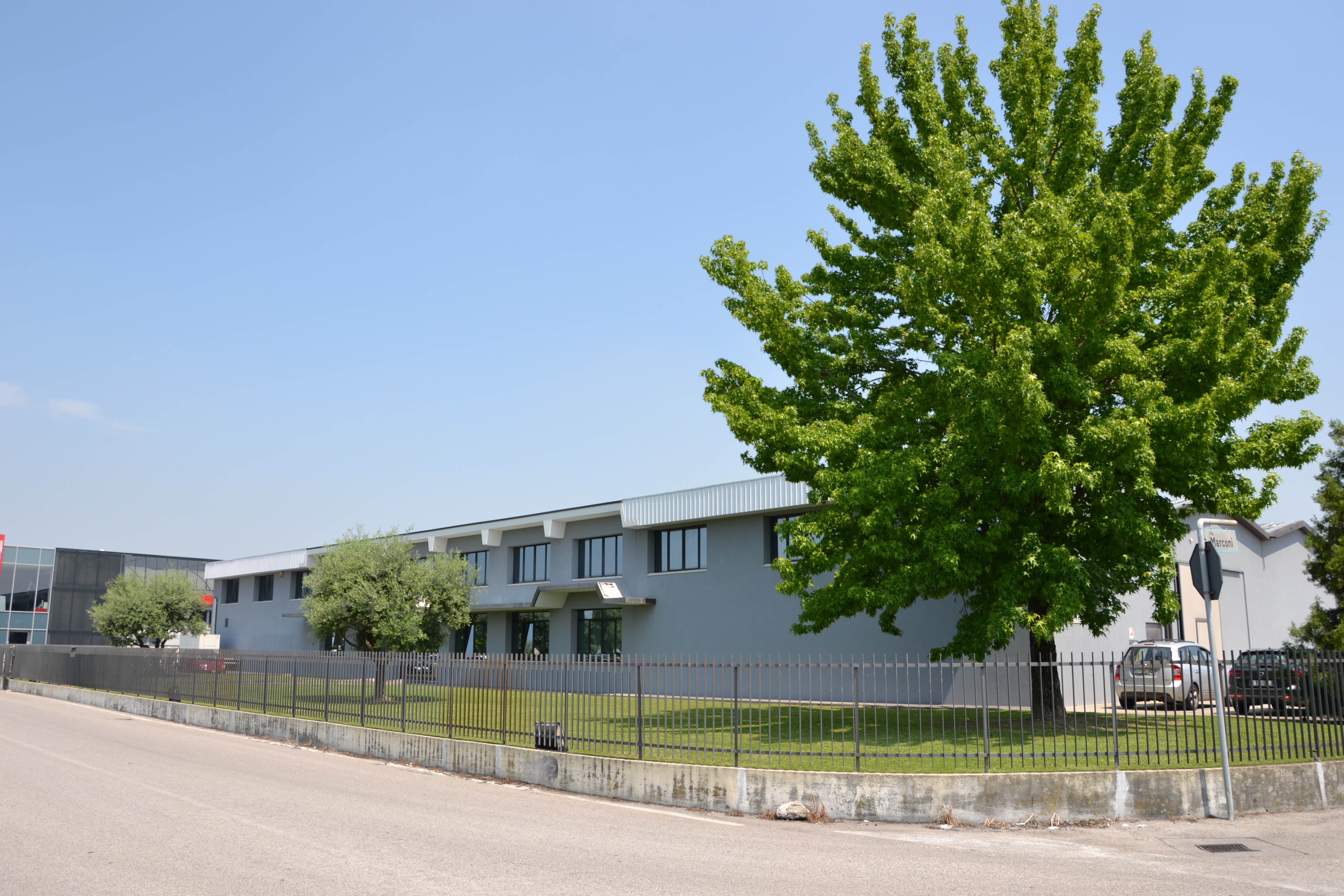 literally hand-tailored and fully customized, and they cannot be subjected to automated work processes”. Lombardy, Veneto, Emilia. Over the last thirty years, the road taken by A13 has perfectly reflected the history of the entire industrial textile care sector, a crucial element of Italian economy. That of A13 revealed to be a constructive, prolific and longsighted idea if we consider the company’s path and the stages of development that have led the business to reaching the excellence that is unanimously recognized all over the world today. The prestige conquered thanks to the extraordinary commercial versatility and the guarantee that this business offers the range of solutions that fear no comparison worldwide.

Marketing & Customer – WhatsApp Business at the service of marketing in laundries